The recording can be watched HERE. 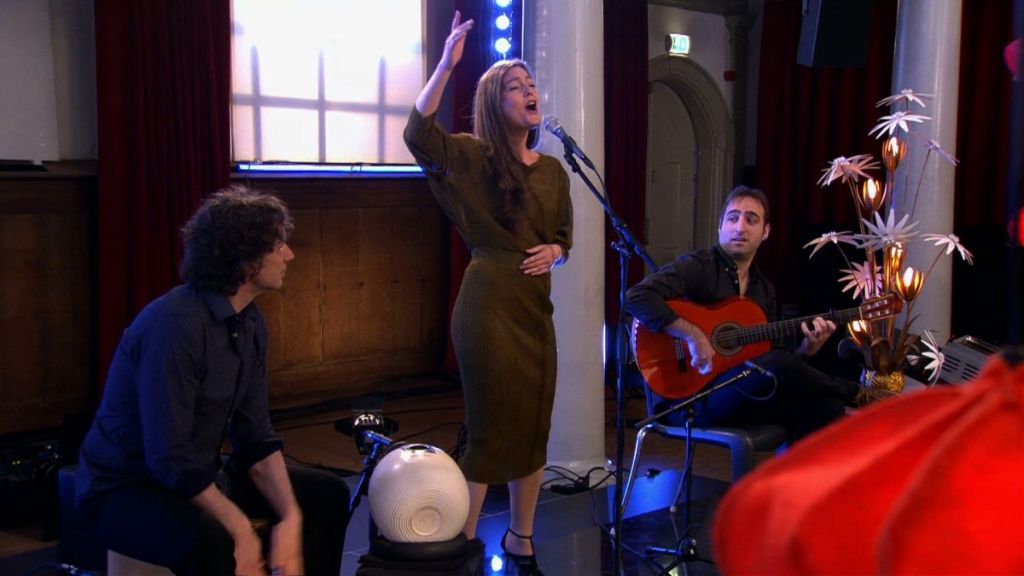 In this episode of television program “De Nieuwe Wereld” (“The New World”), Luna sings one of her own pieces and also a Spanish version of the Dutch classic “Iedereen is van de wereld” (“Everybody is from this world”).

This programa asked Luna to perform a Spanish interpretation of this piece, so she translated the lyrics into a Spanish poetic form and she transformed the music into a “tanguillo”, one of the styles that in flamenco is often being used to sing about happy affairs.